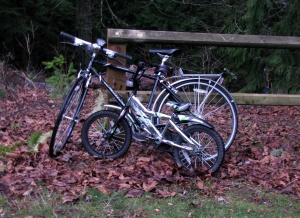 When I first downloaded Picasa onto my computer and was learning how to use it, I took some pictures of bicycles at a local park and titled the folder I put them in: “bicycles.”  As I took more pictures and became more comfortable with Picasa, I began by labeling my photos with dates but over the years I’ve found  titling a folder with a location as well as the date really helps when I do searches.  I’ve even begun adding some other little detail to help distinguish one folder from the next.

Take my “hovander” folders.  Hovander Park is a place where I often take walks or go when I need a creative punch in the arm. In Picasa, I have folders from the past few months titled:  “hovander 12-2015,” “hovander nov 15,” and recently “hovander loretta,” because a friend joined me on that day.

But I maintain my “bicycles” folder to dump random stuff in: photos sent by relatives, from Facebook, singles from my Iphone  and Ipad. There are 152 photos in there right now.  I’ve deleted some and moved some over the years but it remains an eclectic batch including pictures from my mom’s childhood, snaps of her quilts, one of my husband when he was about 5, some of nieces and my own kids, and random photos of students and visual experiments. I’m always adding to this photo bucket.

The title of this folder is quite romantic for me as I love the memories of getting on my bike and going out into the neighborhood – as far as I wanted as long as I didn’t cross any major intersections and was home by 5 o’clock. I like thinking about life the way I think about bicycle riding – lots of little ventures and wondering how far I’ll go and what I will see and learn along the way. 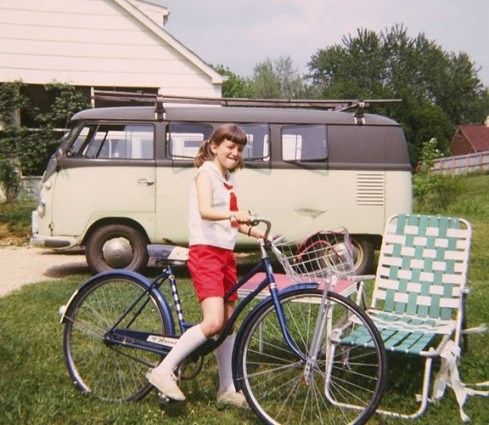 daughter, sister, wife, mom, early childhood specialist, creator of poems, photos and sweaters END_OF_DOCUMENT_TOKEN_TO_BE_REPLACED
This entry was posted on Monday, March 21st, 2016 at 7:08 pm and tagged with bicycles, photography, Slice of Life writing challenge and posted in memories, Slice of Life Writing Challenge. You can follow any responses to this entry through the RSS 2.0 feed.
« passionate plea
instead »

thank you for reading, comment or email to wakeupandwrite@gmail.com Cancel reply